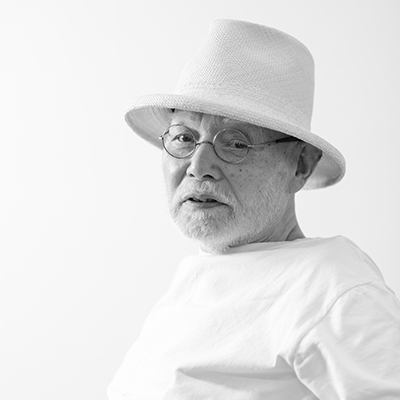 Kouga Hirano. Graphic designer and book cover designer. Born 1938 in Keijou (now Seoul), he entered the Design Course at Musashino Art School (now Musashino Art University) in 1957. In 1960 he was awarded Special Prize from the Japan Advertising Artist Club. After graduation, Hirano worked in advertising departments of Takashimaya Department Store and Keio Department Store before becoming a freelance designer. Since 1964 he has taken charge of almost every book cover published by Shobunsha. He also worked on posters and stage designing for theaters such as Rokugatsu gekijou and Gekidan kurotento. He participated in activities with Suigyuu Tsuushin and Suigyuugakudan with Yuuji Takahashi, and became one of the members to found magazine Wandaarando (later renamed Takarajima). He is now art director of magazine Hon to kompyuuta.
▼このページをシェアする